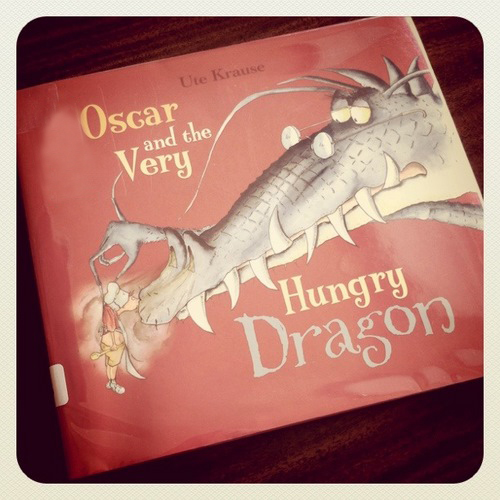 “Oscar and the Very Hungry Dragon” by Ute Krause is about a hungry and near-sighted dragon that desires to eat a ‘fat juicy princess.”.   After waking up from being asleep for what seems like hibernation, he descends into a village but sadly there was no princess.  So what’s the next best thing?  The village elder decides to have a lottery with the children of the village and Oscar is the lucky winner!  However, the dragon is not at all impressed with the boy.  Oscar is skinny and puny but CLEVER so he tricks the dragon into letting him cook.  The dragon thinks that over the course of time, Oscar will fatten up and be turned into a hefty main course.  Oscar becomes a culinary genius.  He cooks delicious meals and the dragon cannot resist the enticing smells, he begins to eat and eat and quickly forgets about eating the boy.  After a visit with the eye doctor and brand new eye glasses, the dragon becomes furious at the site of the newly chubby Oscar.   He grabs the boy between his claws and is about to swallow him when Oscar yells something that changed the dragon’s mind forever.  The boy convinces the dragon to cook for him if he is not eaten.  From that day on, the dragon and Oscar become friends and together they open a village restaurant named Café Dragon House.

About the book:
“Oscar and the Very Hungry Dragon”  is a 40 page hardcover book.  It was published in 2010 by NorthSouth.  The reading level is ages 4-8.  IBSN-10 is # 0735823065.  The book is available here.
About the author/illustrator:
Ute Krause was born in Berlin, Germany but has lived in many countries around the world, including the United States.  She studied film and television drama.  Krause makes, writes film scripts, and directs short films and documentaries such as “Take Me Back to Cairo” and “The Moffels –  The Arrival”.   She has illustrated over 150 children’s books and currently 13 of her own.
Reflection:
In times of trouble or an unfortunate turn of events, don’t give up.  Face the opposition.  What if Oscar had given up?  The dragon would have eaten him and end of story, but NO!  He thought of something quick and clever.  Oscar remembered his mother’s cooking and enticed the dragon with his hidden talent.  First, the boy had to work hard.  Even though he dearly missed his family and his life was in jeopardy, he didn’t give up.  Second, it takes time.  Oscar’s superb cooking skills slowly won the dragon’s heart (by way of his tummy).  Sometimes through pain there is gain and growth. 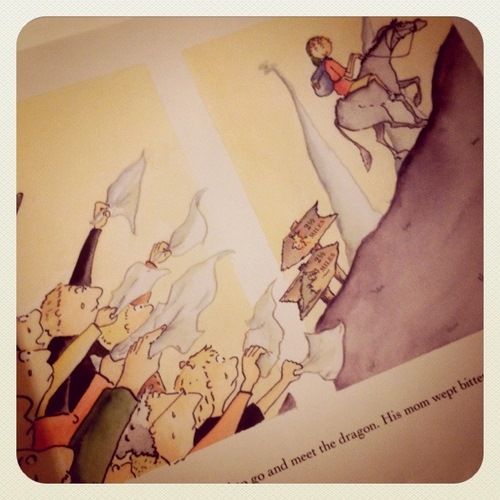 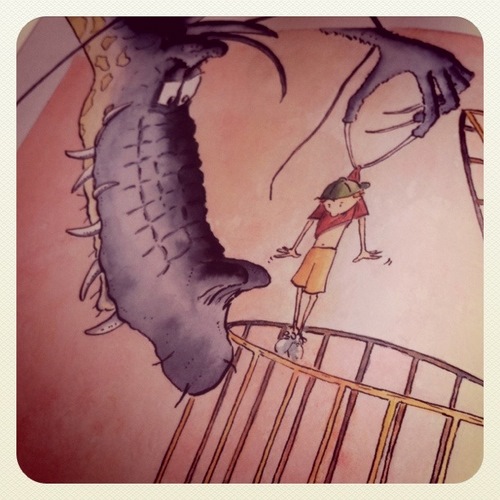 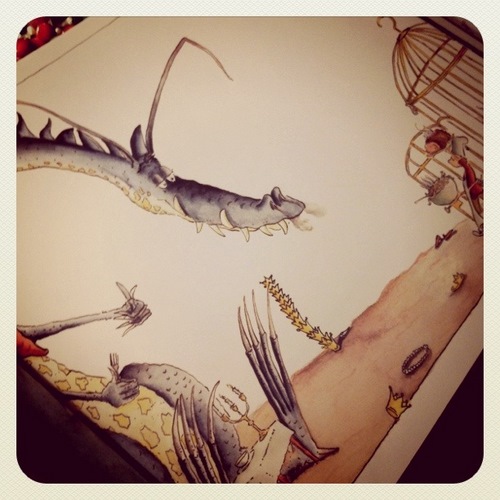 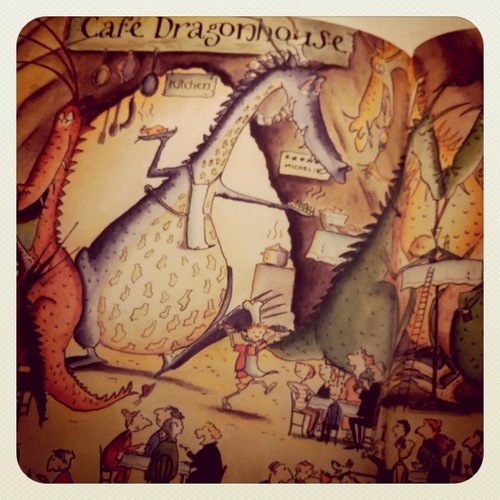