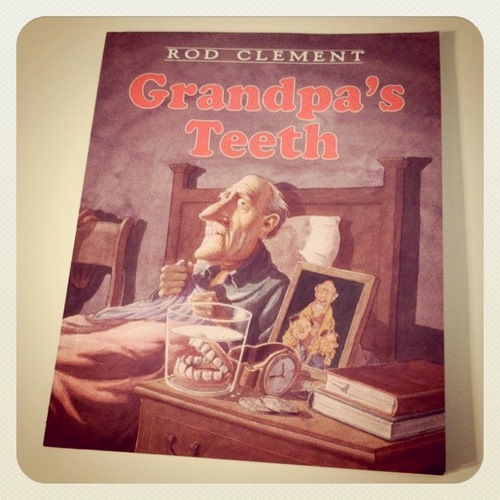 Grandpa wakes up one morning and realizes his very expensive, false teeth are stolen.  The family searches frantically for them but unfortunately no teeth are found.  So the police are alerted and Officer Rate shows up to the crime scene to investigate.  Soon artist’s rendering of the missing teeth are posted all over town.  Grandpa even made an appearance on a TV show called “Unsolved Crimes”.  Everyone in the town was a suspect, so to prove your innocence, the citizens had to grin broadly.  It was a “disthasthter”.   The smiling citizens were scaring tourists, business was declining, and everyone was terrified of the teeth thief.   Then, one night at a town hall meeting, the local minister had a brilliant idea.  If everybody donated $1 then Grandpa could get a brand new set of teeth.  So, the citizens happily gave money, some even gave $2.  Finally, Grandpa was presented was his new false teeth at a ceremony and the town returned to normal.
About the book:
“Grandpa’s Teeth” is a 32 page soft cover book.  It was published in 1998 by HarperCollins.  The reading level is ages 4-8.  IBSN-10 is # 0060276711.  The book is available here.
About the author/illustrator:
Rod Clement is an award-winning author and illustrator living in Sydney, Australia.  He wrote and illustrated “Grandpa’s Teeth,” “Olga the Brolga,” and “Just another Day”.  Mr. Clement provided the illustrations for “Edward the Emu” and “Edwina the Emu” written by Sheena Knowles.  In addition to his books, Mr. Clement is a caricaturist for several Australian newspapers.
Reflection:
We all have stories of personal belongings gone missing.  Our favorite items grow ‘patitas’ and they disappear.  Then, you succumb to spending hours looking for it.  In your mind, you try to retrace your actions and conversations to no avail.  All of a sudden, there it is!  Like magic, it reappears. 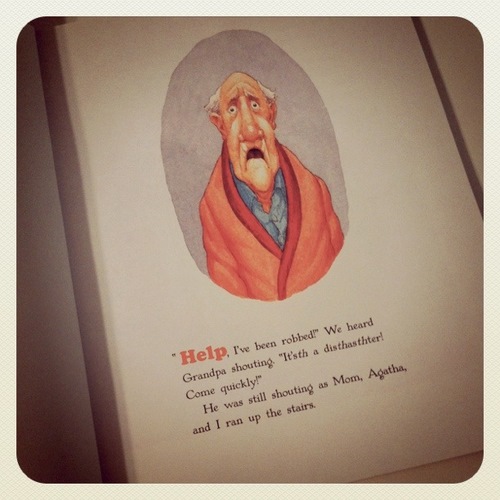 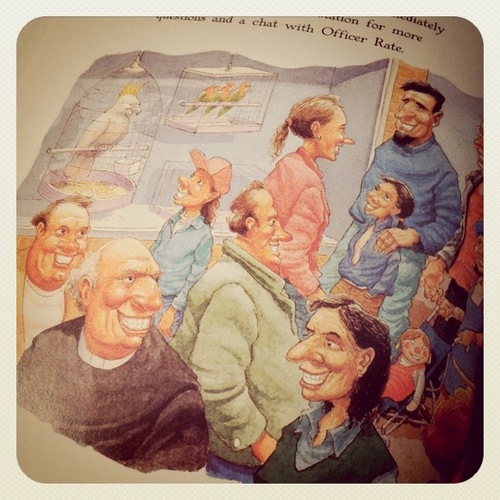 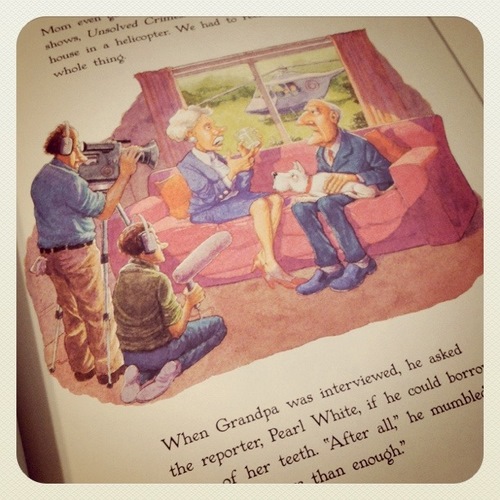 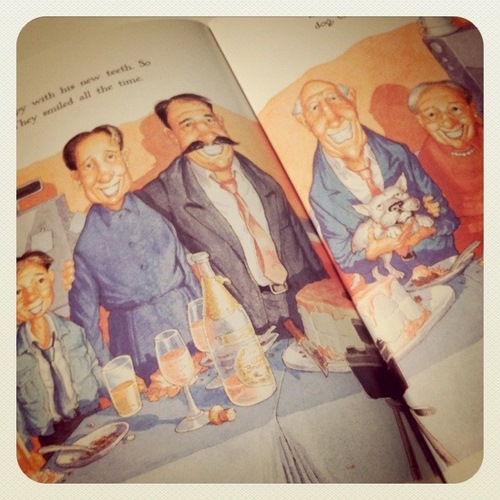 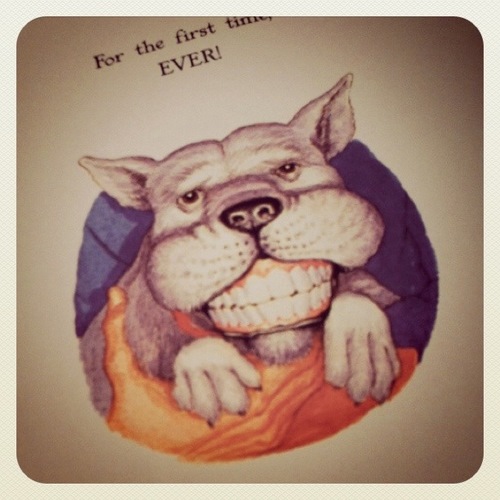 It was great to see you at Starving Artist. I will have to check this book out for my sister, she wants to teach elementary kids.

My kiddos would love this book(I do too)! Great illustrations too!

Lauren - Thanks for stopping by on Saturday. Take a wild guess on who stole the teeth. You can win!

Heather - This story was so funny. I couldn't stop laughing. I even read the book twice to my kiddos. So take a wild guess...you just might win!

i think grandpa stole grandpa's teeth... by misplacing them.